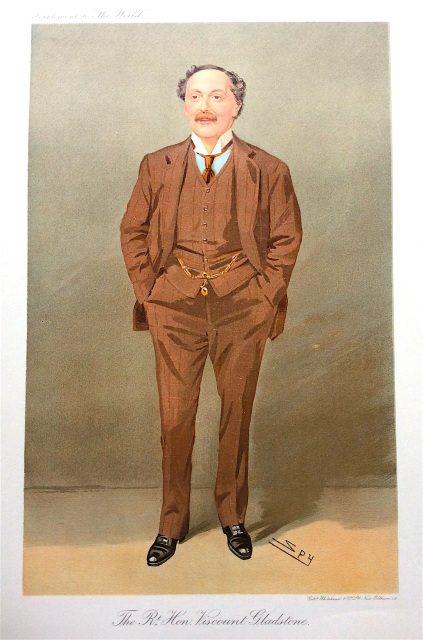 The Rt Hon Viscount Gladstone by SPY c1910 from The World

Notes: The World - Edmund Hodgson Yates (3 July 1831 – 20 May 1894) a British novelist and dramatist and was best known as the editor of the London society journal, The World, briefly illustrated by Spy and other Vanity Fair artists. Born in Edinburgh to the actor and theatre manager Frederick Henry Yates and held an appointment for a period in the General Post Office as an adult. He worked as a journalist, mainly as a dramatic writer, and also wrote many dramatic pieces and some novels, including Running the Gauntlet and The Black Sheep.