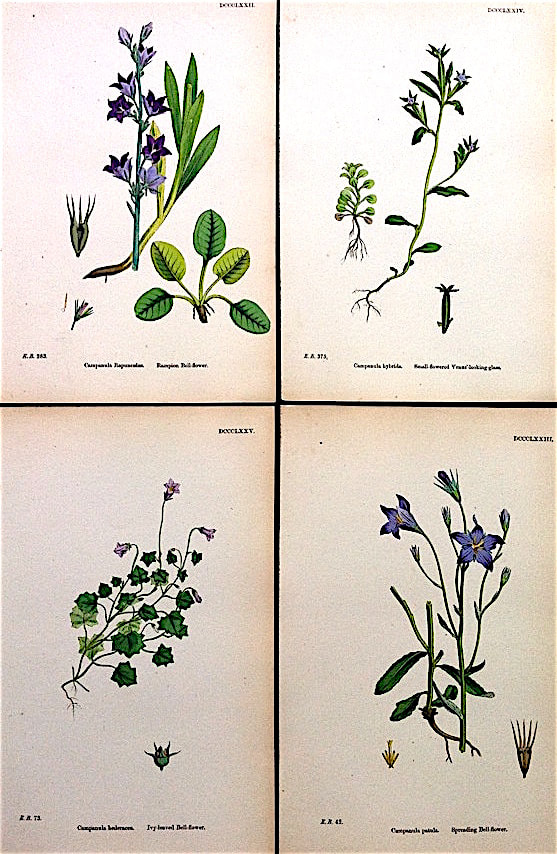 Condition: Good condition with some age tone to plates

Notes: James Sowerby (21 March 1757 – 25 October 1822) was an English naturalist, illustrator and mineralogist. Contributions to published works, such as A Specimen of the Botany of New Holland or English Botany, include his detailed and appealing plates. The use of vivid colour and accessible texts were intended to reach a widening audience in works of natural history. In 1790, he began the first of several huge projects: a 36-volume work, English Botany that was published over the next 23 years, contained 2,592 hand-coloured engravings and became known as Sowerby's Botany. The third edition in 1863 saw editor John Boswell alter the text and include a "popular portion".