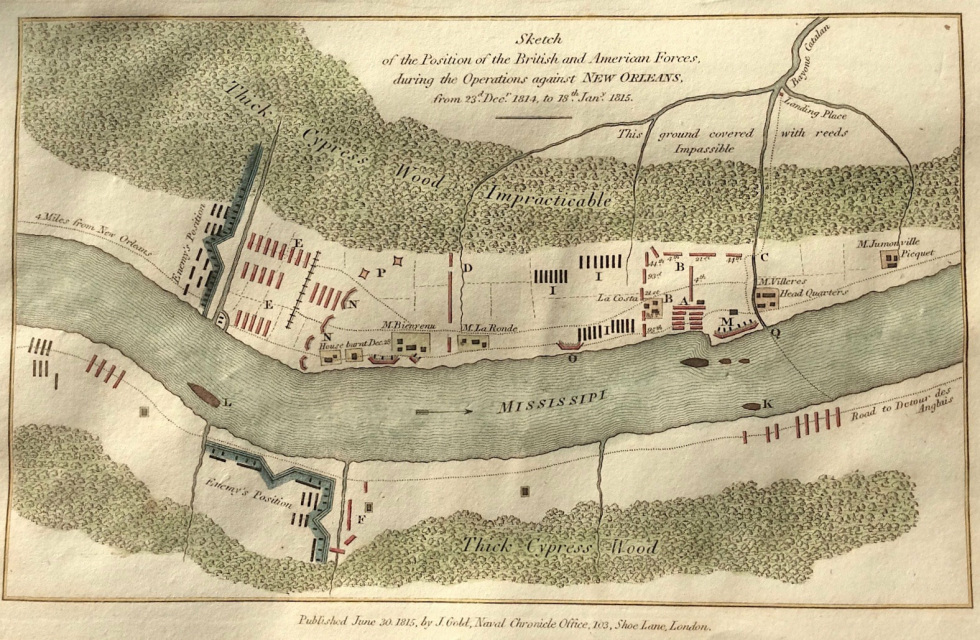 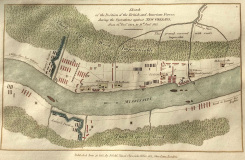 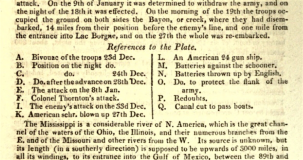 Sketch of the British and American Forces during the Operations against NEW ORLEANS From 23rd December 1814 to 18th January 1815. Scarce map

Creator: Engraved by RobertRowe from a drawing by J. E.

Notes: The Battle of New Orleans was fought on January 8, 1815, between the British Army under Major General Sir Edward Pakenham, and the United States Army under Brevet Major General Andrew Jackson. It took place approximately 5 miles (8.0 kilometers) east-southeast of the city of New Orleans, close to the present-day town of Chalmette, Louisiana, and was a U.S. victory.

The battle took place directly after the signing of the Treaty of Ghent on December 24, 1814, before news of the treaty could reach the United States. U.S. troops defeated a poorly executed British assault on New Orleans, despite the British having a large advantage in training, experience, and fielded troops. In just over a half-hour, the U.S. suffered roughly 250 casualties, while the British suffered roughly 2,000 casualties.