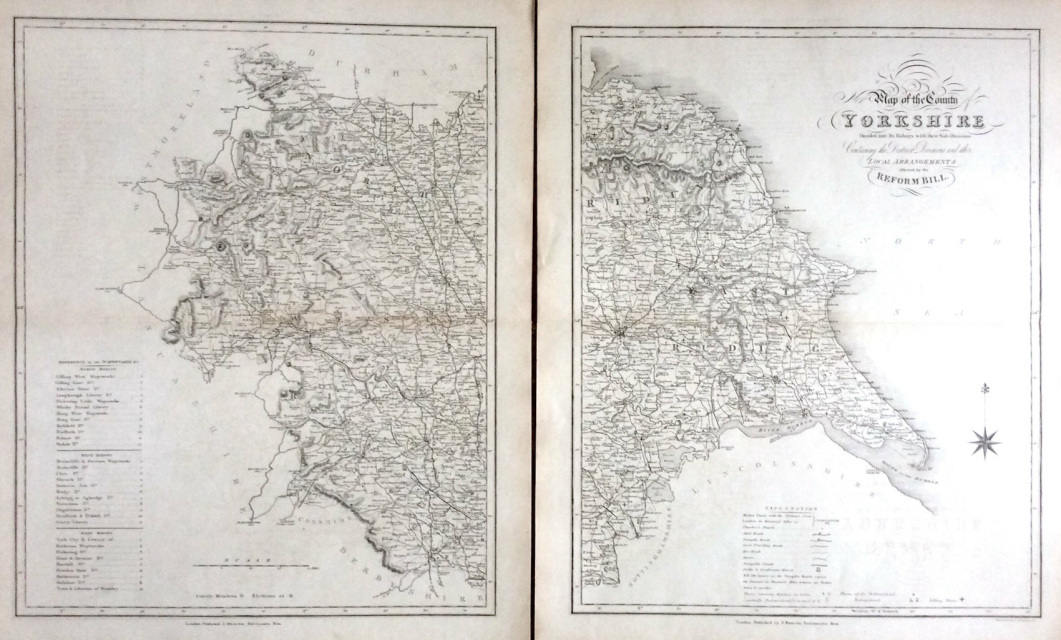 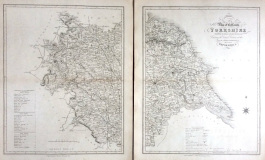 Map of YORKSHIRE from A Complete County Atlas of England & Wales. Published by JAMES DUNCAN c1838 A finely engraved and detailed pair of maps showing the changes made by the Great Reform Act of 1832.