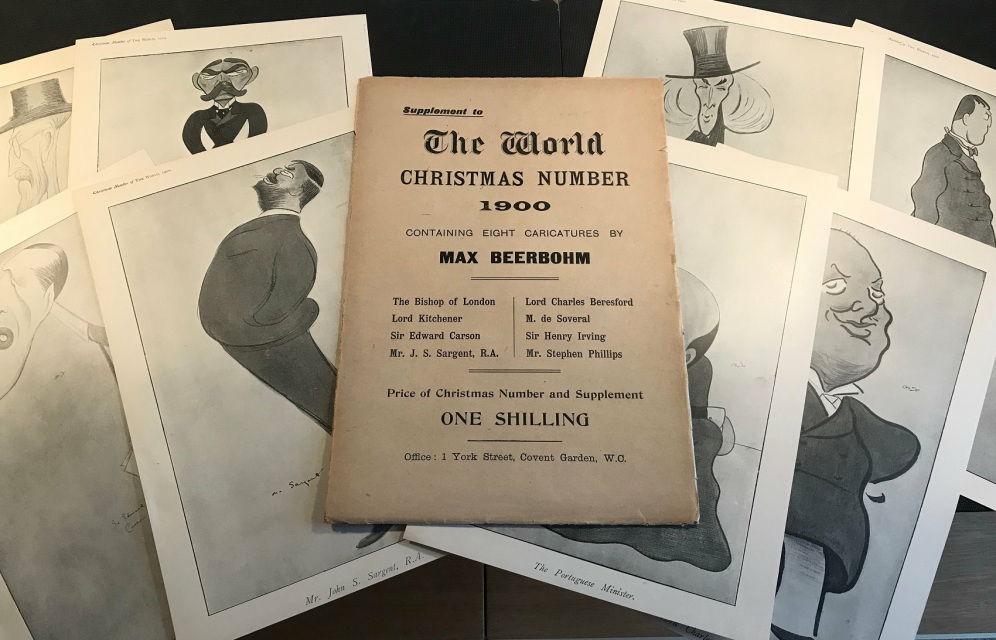 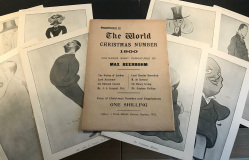 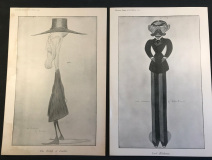 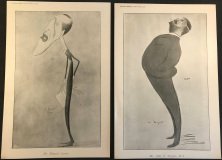 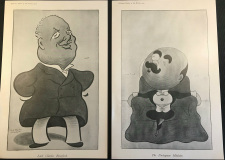 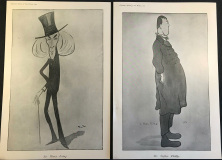 A Collection for Collectors

Published: Published in the Supplement to THE WORLD Christmas Number 1900.

Notes: Sir Henry Maximilian "Max" Beerbohm (London 24 August 1872 ? 20 May 1956 Rapallo) was an English essayist, parodist, and caricaturist. He was educated at Charterhouse and Merton College, Oxford, where he met some of his dearest and most influential friends, including William Rothenberg, Oscar Wilde, and Aubrey Beardsley, among others. The first public exhibition of his caricatures was as part of a group show at the Fine Art Society in 1896; his first one-man show at the Carfax Gallery in 1901. He was influenced by French cartoonists such as "Sem" (fr:Georges Goursat) and "Caran d'Ache" (Emmanuel Poir). Beerbohm was hailed by The Times in 1913 as "the greatest of English comic artists", by Bernard Berenson as "the English Goya", and by Edmund Wilson as "the greatest... portrayer of personalities ? in the history of art"