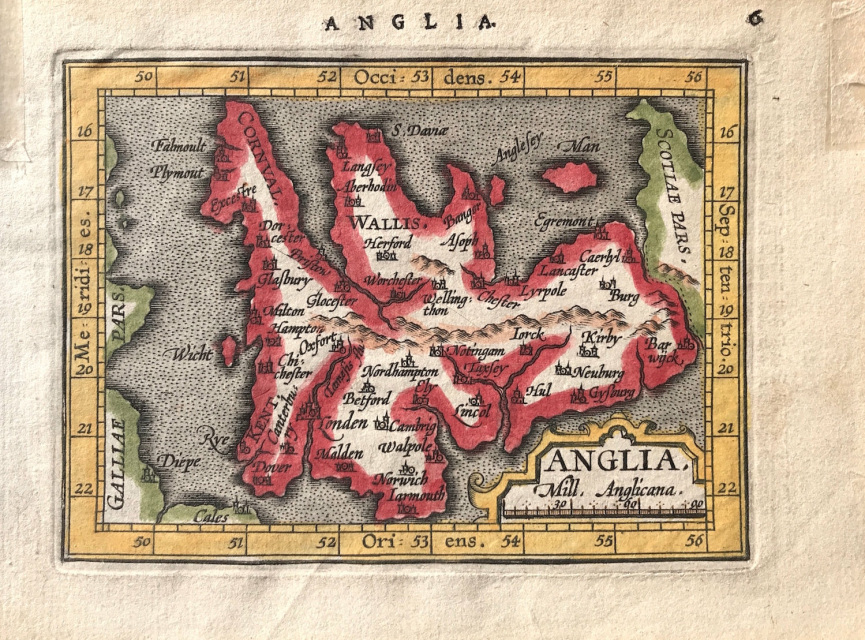 Notes: To meet international demand for Ortelius' miniature maps a new set of plates were engraved by the brothers Ambroase and Ferdinand Arsenius (Aertsen) who were assistants to Francis Hogenburg and thus with him co-engravers of the plates for Ortelius' main atlas. The map of England and Wales is a new plate which is generally similar to the second one used by Philip Galle. There is now a heavy boarder with markings of latitude and longitude, and the title is contained in a more decorative panel in the lower right corner. The Latin text on the reverse describing, Scotland. (Ref: R. W. Shirley Early Printed Maps of The British Isles 1477-1650 edition 1980 p83)