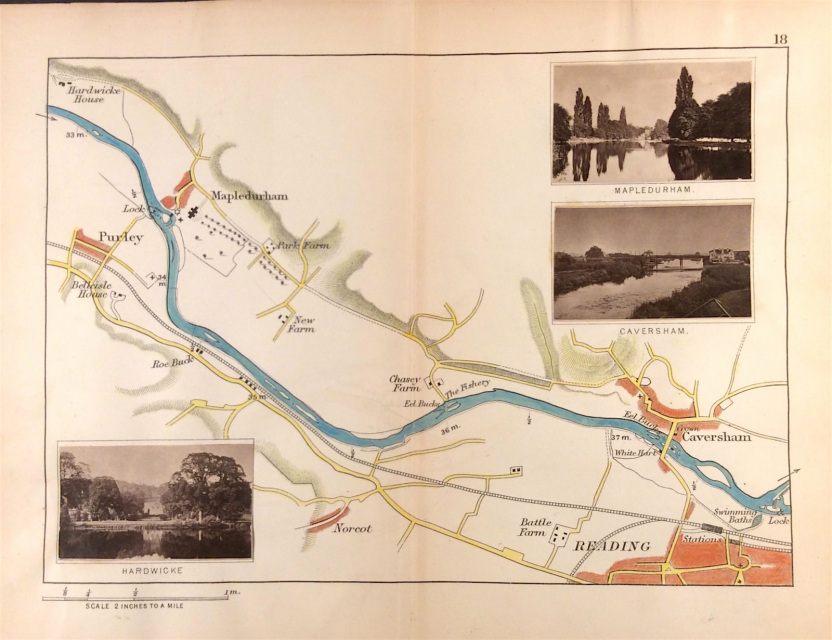 Original River Thames 'Map 18' by Henry W. Taunt c1885 Photographer to the Oxford Architectural and Historical Society from 'A New Map of The River Thames from Thames Head to London' on a scale of two inches to a mile. With original tipped in albumen prints that were added to the map before publication. A unique and exceptional smaller map of the river Thames.

Notes: An unusual small map of the stretch of the river Thames that runs from Hardwicke House via Mapledurham and Purley on Thames through Norcot area and on to Caversham and Reading. The map is accompanied by three original albumen prints - Hardwicke - Mapledurham - Caversham.