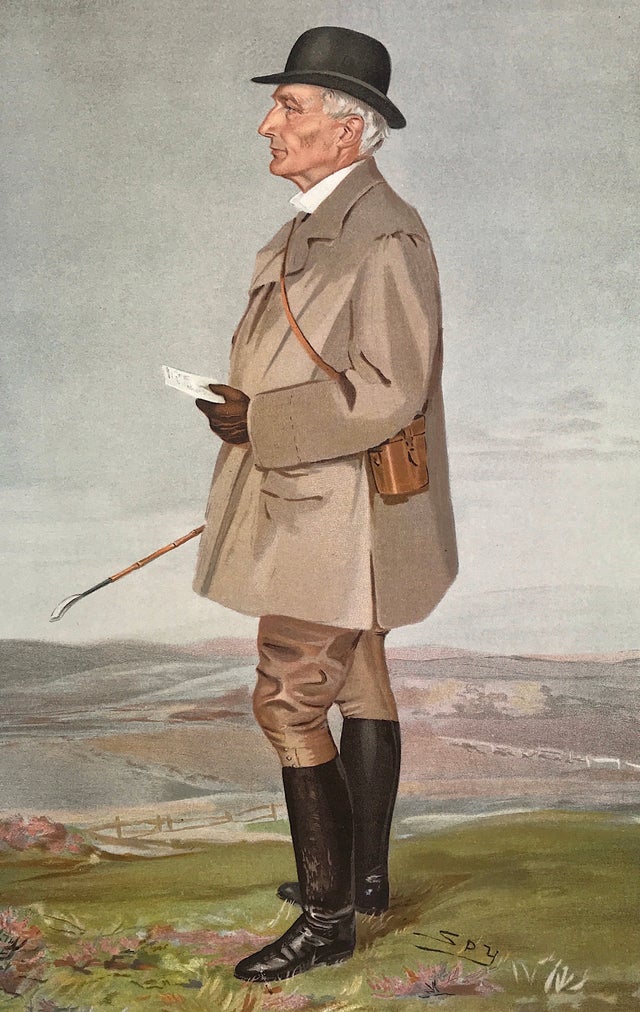 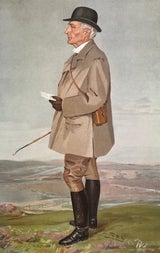 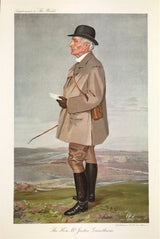 The Justice Grantham by Spy (Leslie Ward). Sir William Grantham was a British barrister, politician and judge. On the bench he showed himself indefatigable and painstaking, and he never failed to clear his list on circuit. He was shrewd in his judgment of character, had a varied assortment of general knowledge, and his manly, downright ways made a favourable impression on juries. A fine model of the English country gentleman, a liberal landlord, always ready to champion the cause of his poorer neighbours against local boards and the red tape of officialdom. Grantham was devoted to all out-of-door sports; he was a notable critic of horseflesh, was one of the founders of the Pegasus Club, and used to act as judge at the bar point to point races.