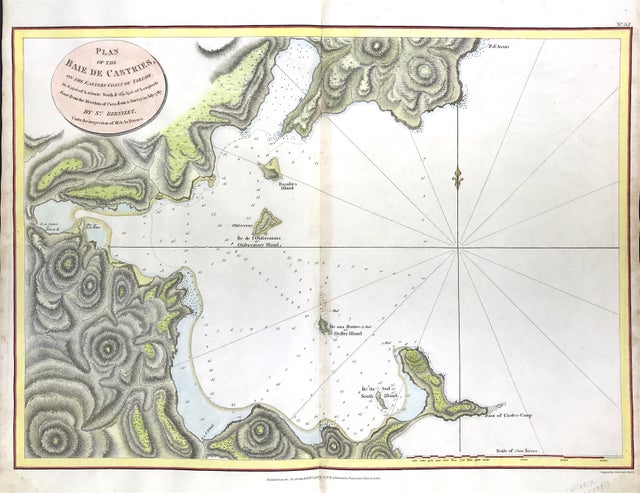 Located on the far eastern coast of Russia. The Bay of Castries, named in honor of Marshal Castries, was explored between 27 July and 2 August 1787, and today houses the port of De-Kastri. The expedition led by La Perouse left Brest in August 1785, doubled Cape Horn, went up the west coast of America to Alaska via Easter Island and Hawaii,then returned to California and crossed the Pacific, to Macao. She continued to Samoa, the Tonga Islands, then Australia and Botany Bay, from where La Perouse wrote the last letter that reached Europe. Subsequently, the two corvettes of the expedition were to disappear at sea. Their wrecks were only found in 1826 by the English captain Peter Dillon in the archipelago of Santa Cruz.