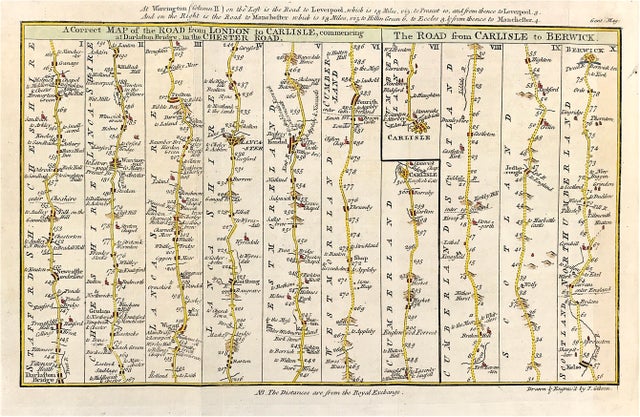 'A Correct MAP of the ROAD... to CARLISLE, commencing at Darlaston Bridge,' 'The ROAD from CARLISLE to BERWICK.' by J. Gibson / Gent. Mag c.1766

Folds as issued, blank to verso, some general age tone.

Notes:Showing the route from Darlaston Bridge to Carlisle via Newcastle under Lyme, Warrington, Wigan, Preston, Lancaster, Kendal and Penrith; and then the route from Carlisle to Berwick via Jedburgh and Kelso which was drawn and engraved by J. Gibson and published in Sylvanus Urban's The Gentleman's Magazine (London: D. Henry, 1766).