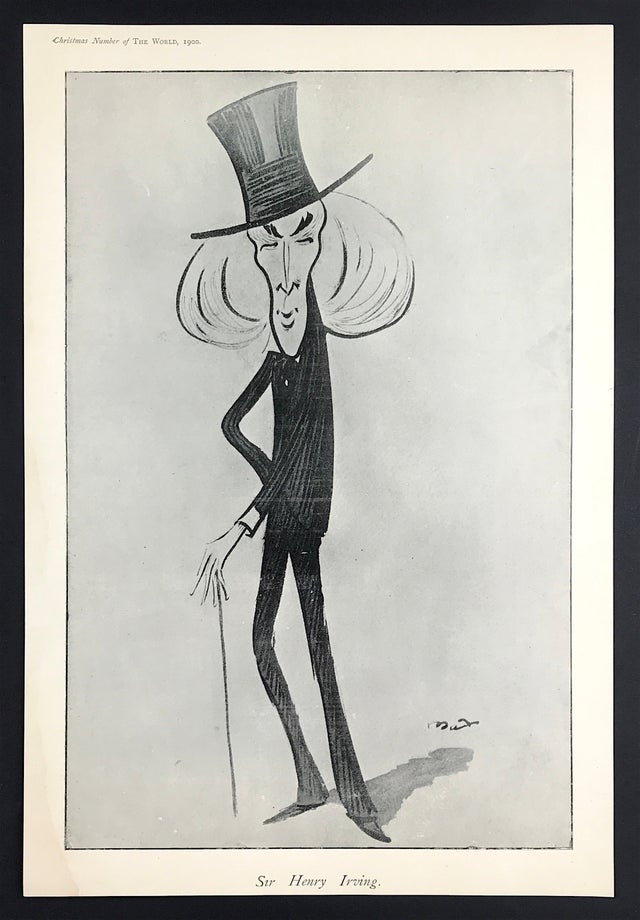 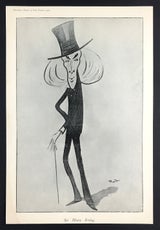 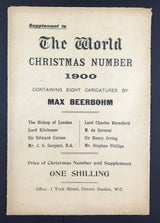 Rare Antique Lithograph Print of Sir Henry Irving a Caricature by Max Beerbohm 1900 Published in the Supplement to 'The World' Christmas Number 1900. A supplement with 8 lithograph prints by Beerbohm presented in a special Christmas wrapper presentation as illustrated. The wrapper is not a part of this sale. Only the caricature print is part of this sale.

Print is ready for mount and framing.

Sir Henry Irving (6 February 1838 – 13 October 1905), born John Henry Brodribb, sometimes known as J. H. Irving, was an English stage actor in the Victorian era, known as an actor-manager because he took complete responsibility (supervision of sets, lighting, direction, casting, as well as playing the leading roles) for season after season at the Lyceum Theatre, establishing himself and his company as representative of English classical theatre. In 1895 he became the first actor to be awarded a knighthood, indicating full acceptance into the higher circles of British society.