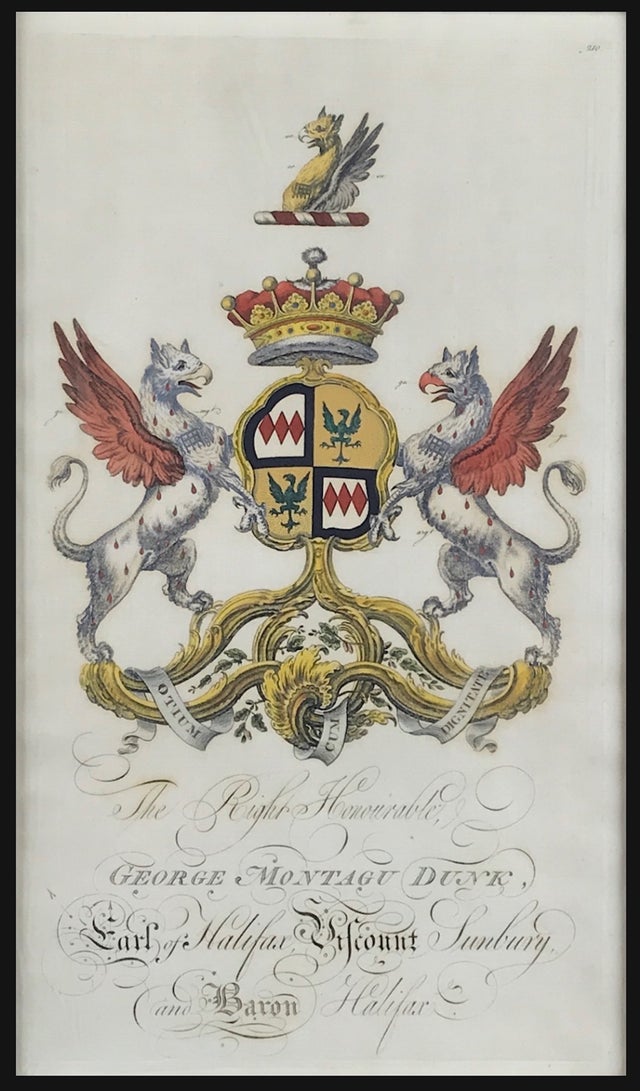 An Original Heraldic Achievement from Baronageium Genealogicum by Joseph Edmondson c1764. The Right Honourable George Montagu Dune, Earl of Halifax, Viscount Sunbury and Baron Halifax. George Montagu, 1st Earl of Halifax (also spelt George Montague) PC KB (c. 1684 – 9 May 1739, of Horton, Northamptonshire, was a British politician who sat in the House of Commons from 1705 to 1715 when he became a peer.