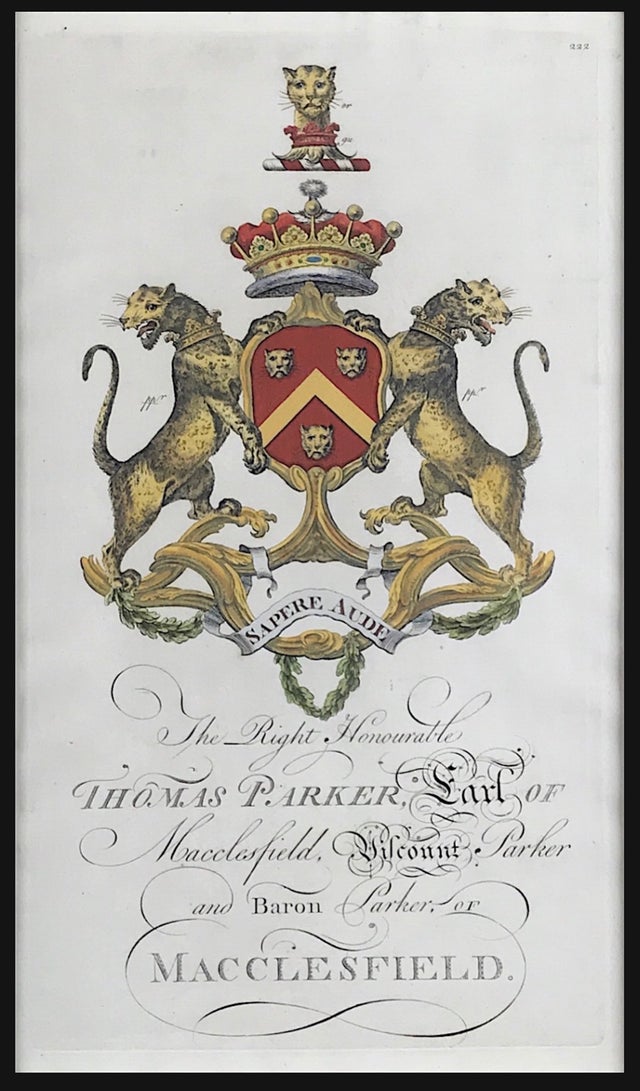 An Original Heraldic Achievement from Baronageium Genealogicum by Joseph Edmondson c1764. Thomas Parker, 1st Earl of Macclesfield, PC, FRS (23 July 1666 – 28 April 1732) was an English Whig politician who sat in the House of Commons from 1705 to 1710. He was Lord Chief Justice from 1710 to 1718 and acted briefly as one of the regents before the arrival of King George I in Britain. His career ended when he was convicted of corruption on a massive scale and he spent the later years of his life in detention.