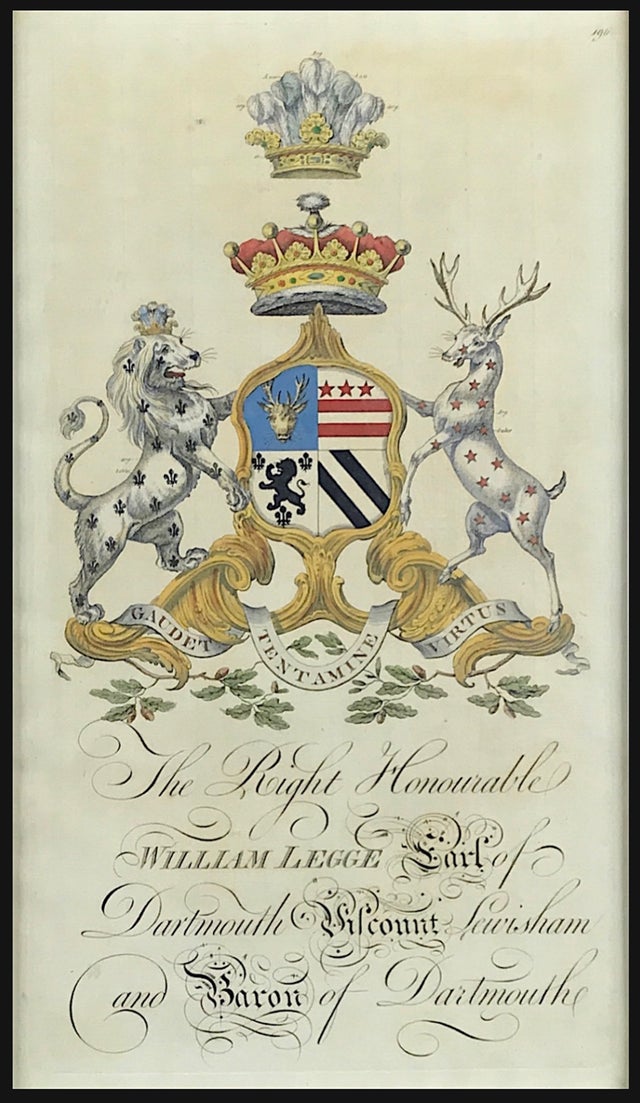 An Original Heraldic Achievement from Baronageium Genealogicum by Joseph Edmondson c1764. George O'Brien Wyndham, 3rd Earl of Egremont FRS (18 December 1751 – 11 November 1837) of Petworth House in Sussex and Orchard Wyndham in Somerset, was a British peer, a major landowner and a great art collector. He was interested in the latest scientific advances. He was an agriculturist and a friend of the agricultural writer Arthur Young, and was an enthusiastic canal builder who invested in many commercial ventures for the improvement of his estates. He played a limited role in politics.