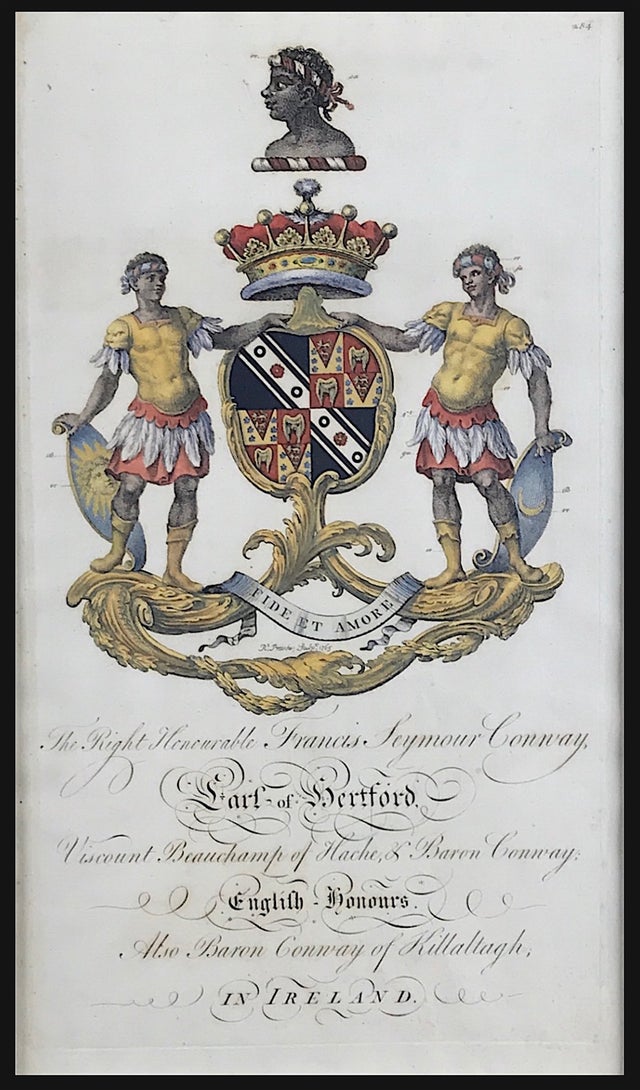 An Original Heraldic Achievement from Baronageium Genealogicum by Joseph Edmondson c1764. Francis Seymour-Conway, 1st Marquess of Hertford (1718–1794), 1st Baron Conway of Ragley, 1st Baron Conway of Killultagh, MP, PC (Ire) (28 May 1679 – 3 February 1731/1732), was a British politician, born Francis Seymour. Conway sat as Tory Member of Parliament for Bramber from 1701 to 1703. In 1703 he was raised to the Peerage of England as Baron Conway of Ragley, in the County of Warwick, and in 1712 he was created Baron Conway of Killultagh, in the County of Antrim, in the Peerage of Ireland. From 1728 to 1732 Lord Conway was Governor of Carrickfergus and was sworn of the Irish Privy Council in 1728.