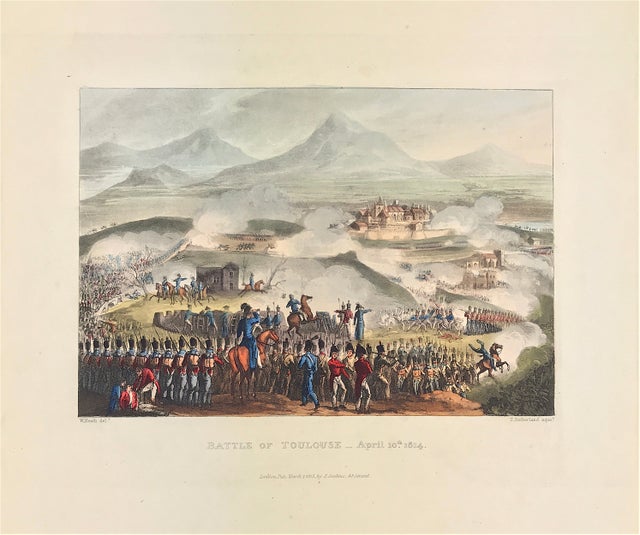 The Battle of Toulouse (10 April 1814) was one of the final battles of the Napoleonic Wars, four days after Napoleon's surrender of the French Empire to the nations of the Sixth Coalition. Having pushed the demoralised and disintegrating French Imperial armies out of Spain in a difficult campaign the previous autumn, the Allied British-Portuguese and Spanish army under the Duke of Wellington pursued the war into southern France in the spring of 1814.