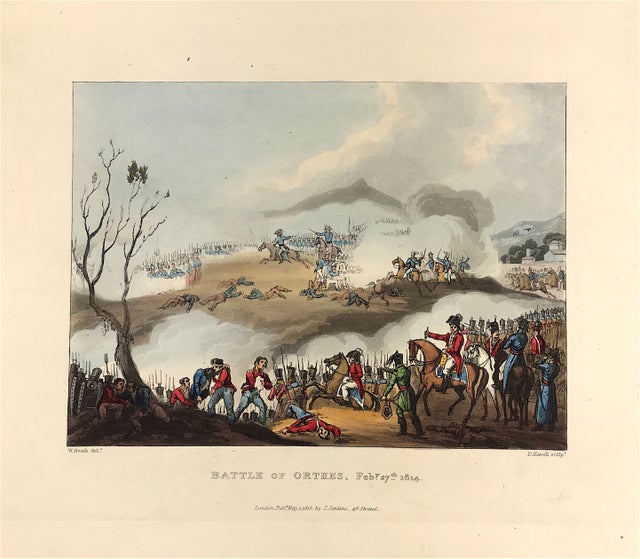 The Battle of Orthes (27 February 1814) saw the Anglo-Spanish-Portuguese Army under Field Marshal Arthur Wellesley, Marquess of Wellington attack an Imperial French army led by Marshal Nicolas Soult in southern France. The outnumbered French repelled several Allied assaults on their right flank, but their center and left flank were overcome and Soult was compelled to retreat. At first the withdrawal was conducted in good order, but it eventually ended in a scramble for safety and many French soldiers became prisoners. The engagement occurred near the end of the Peninsular War.