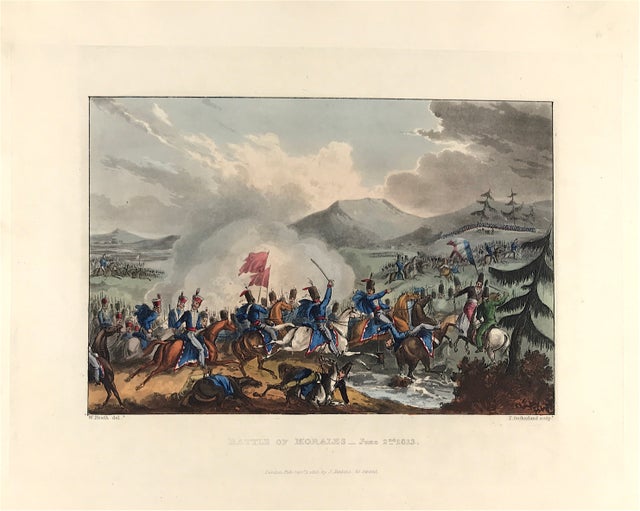 The successful cavalry action fought by the British Hussar Brigade against the French 16th and 21st Dragoons on 1st June 1813, during the Peninsular War. British 10th, 15th and 18th Hussars against the French 16th and 21st Dragoons. Colonel Grant commanded the British Hussar Brigade. General of Division Digeon commanded the Division of Dragoons of which the 16th Dragoons were part. The British 18th Hussars came up on the French left flank and, with the 15th Hussars in support, the British Hussar Brigade pursued the fleeing French Dragoons for some two miles, over the bridge across the River Bajez and across a bog, before being brought up short by a discharge from a French artillery battery positioned with Digeon’s second brigade, General Darricau having come up with both infantry and guns.