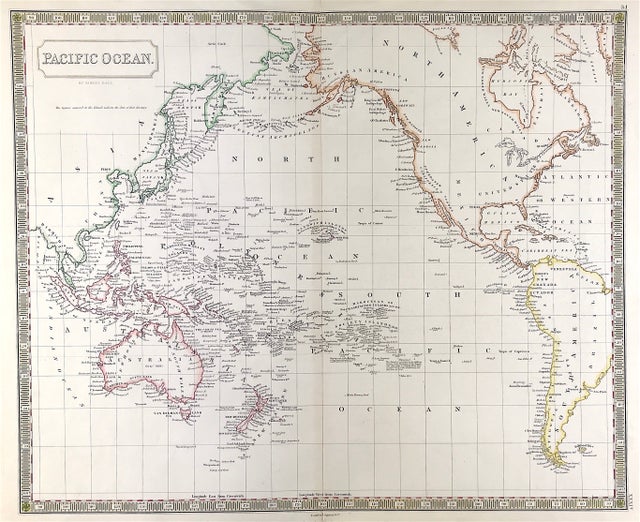 Notes: A note on the map next to the Pitcairn Islands reads: "This Island is inhabited by the children of some of the Mutineers of the Bounty who after going to Otaheite [Tahiti], where they married some of the Otaheitans, settled here in 1790." whereas another note next to the Sandwich Islands (now Hawaii) states "here Capt. Cook was killed on Sunday Feb. 14th 1779". This historically interesting and highly collectable map was produced by Sydney Hall (1788-1831) who was one of the most recognised and prolific British map engravers at the time when Britain excelled in map making.