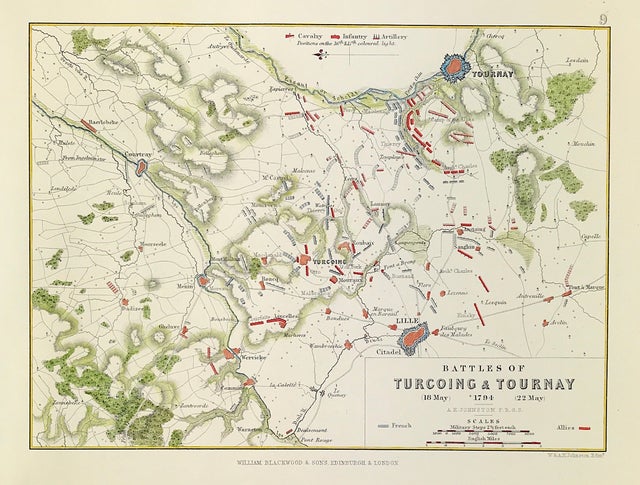 The Battle of Tourcoing (18 May 1794) saw a Republican French army directed by General Joseph Souham defend against an attack by an Habsburg, British, and Hanoverian Coalition army under Austrian Prince Josias of Saxe-Coburg-Saalfeld and Prince Frederick, Duke of York and Albany.

The Battle of Tournay (1794) or Tournai was fought on 22 May 1794 as part of the Flanders Campaign in the Belgian province of Hainaut on the Schelde River (about 80 km southwest of Brussels) between French forces under General Pichegru and Coalition forces (Austrian, British, and Hanoverian troops) under Prince Josias of Coburg, in which the Coalition forces were victorious.