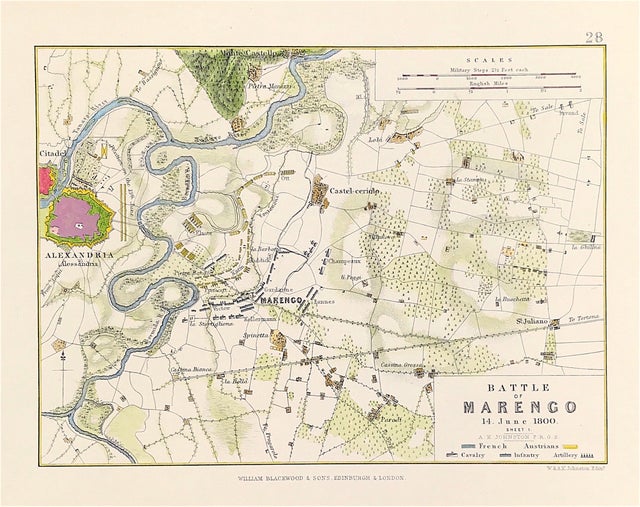 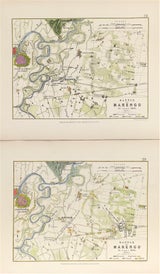 Battle of Marengo, (June 14, 1800), narrow victory for Napoleon Bonaparte in the War of the Second Coalition, fought on the Marengo Plain about 3 miles (5 km) southeast of Alessandria, in northern Italy, between Napoleon’s approximately 28,000 troops and some 31,000 Austrian troops under General Michael Friedrich von Melas; it resulted in the French occupation of Lombardy up to the Mincio River and secured Napoleon’s military and civilian authority in Paris.

A pair of genuine antique maps over 140 years old.