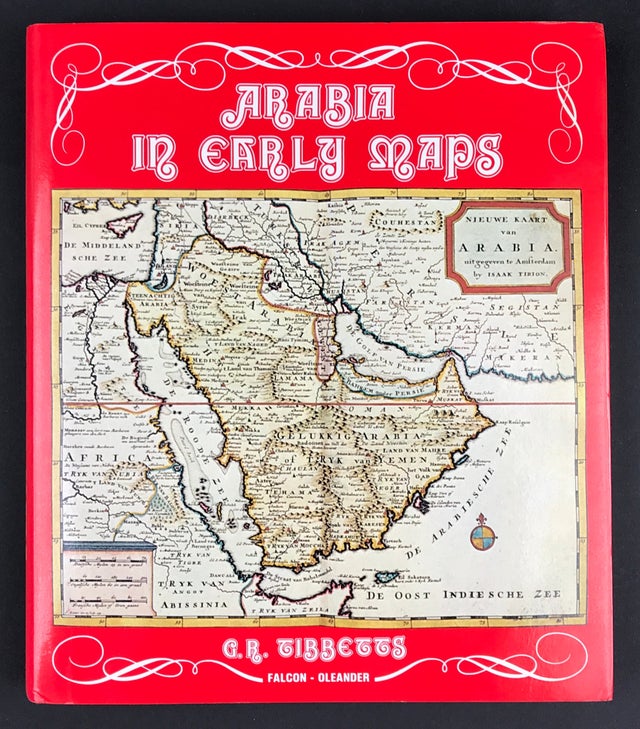 A bibliography of maps covering the Peninsula of Arabia printed in western Europe from the invention of printing to the year 1751. 175 pp, profuse ill, including many in colour. A complete, comprehensive list covering as much topographical detail of the peninsula as possible.

This book is an illustrated chronologlcal description of maps compiled and printed by western Cartographers before the time when European travellers began penetrate the Peninsula and when, because of the lack of surveys and first hand scientific accounts, material was taken at second hand from miscelaneous sources. This material often occurred as separate maps but was usually hidden in atlases or works of travel where it was difficult to locate and there have hitherto been no adequate bibliographical resources to help in locating it.

Arabia in Early Maps begins with the invention of printing and the production of maps to illustrate Ptolemy's Geography and ends in 1751 with D'Anville's famous map of Asia. it was the production of D'Anville's map which emphasised to the West its ignorance of inland Arabia and led ultimately to the first Scientific expedition to Arabia (that of Niebuhr in 1761-4)and the opening of European interest in the Peninsula.