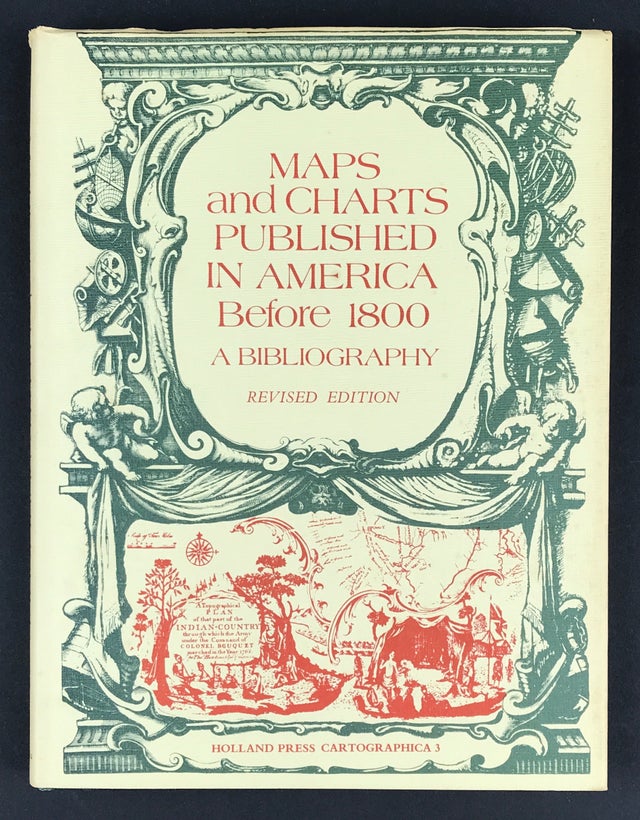 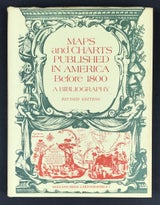 Maps and Charts Published in America Before 1800

Maps and Charts Published in America Before 1800 A Bibliography - Revised Edition.

When first published in 1969 by Yale University Press, this Bibliography represented the first attempt to describe the entire known cartographical contribution of the American press prior to 1800 and as such provided an exhaustive and annotated listing of great value to the historian and cartographer. The dramatic increase in the study and collection of early maps and charts has inspired a new edition of Maps and Charts Published in America Before 1800 with revisions undertaken by Christian Brun in the form of a new annotated Preface, listing several American printed maps not included in the original 1969 listing.

The book includes not only the maps and charts published separately but also those used as illustrations in books and pamphlets and from other sources such as atlases, gazetteers, almanacs, and magazines. Intended originally as a descriptive list of American printed maps and charts in the William L. Clements Library of American History, University of Michigan, the project was enlarged to include all such maps located in the original map collections of the United States and Great Britain. Not all the maps are of the immediate American scene, many covering the World, Europe, Asia and Africa.

A number of the maps described are relatively famous milestones in the history of American cartography: John Foster's map of New England,1677: John Bonner's map of Boston, 1722, the first American town plan; the James Lyme survey of New York City, published in 1735; and perhaps the most famous map published before the American Revolution, Lewis Evans "A General Map of the Middle British Colonies, in America of I755. Other well-known maps published before and following the Revolution are included as well as a number of maps never before recorded or noted only in very specialised sources difficult to obtain. Individual map descriptions are arranged by geographical and political area beginning with the maps of the world.

The work, which is further enhanced by the inclusion of facsimiles of eighteen rare maps of the period, will provide a reliable reference to future carto-bibliographical research for both librarian, bookdealer, and private collector.