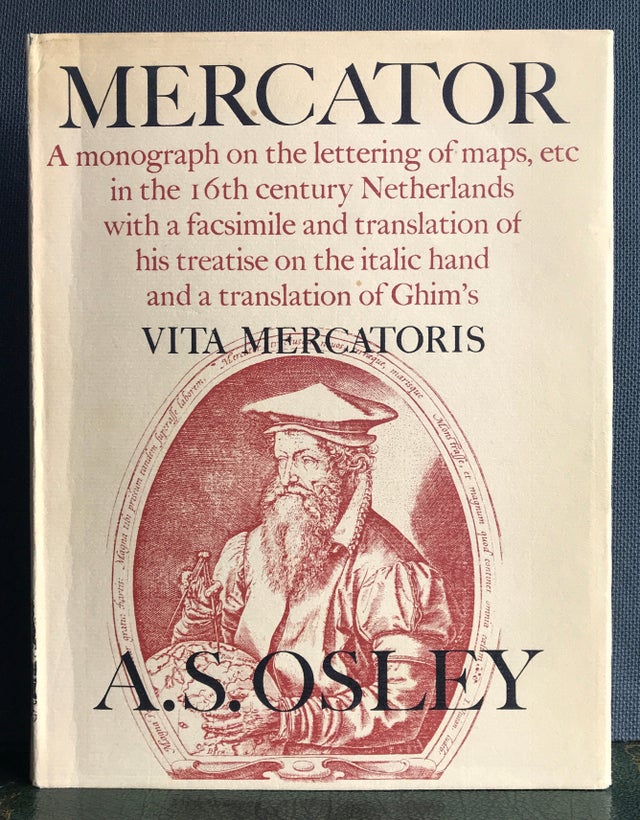 Mercator A monograph on the lettering of maps, etc in the 16th century Netherlands with a facsimile and translation of his treatise on the italic hand and a translation of Ghim's VITA MERCATORIS. With a forward by R. A. Skelton

GERARD MERCATOR is generally conceded to be the greatest geographer of the 16th century. Every schoolboy knows Mercator's Projection. His skill as an engraver and letterer is, perhaps, less widely known, though professional calligraphers have long admired his little treatise on the italic script with wood-blocks cut by himself), which was published in 1540. Dr A. S. Osley has examined the origins of the italic hand in the Netherlands as well as Mercator's own practice. He demonstrates the influence which Mercator's revolutionary example exercised in the Low Countries not only on the lettering of maps and globes, but also on book production, scientifıc instruments and picture engraving. This monograph casts a new and unsuspected light on Mercator.

Also included is a facsimile of the first edition of Mercator's treatise on lettering Literarum Latinarum.... scribendi ratio. This edition is very rare and is the only complete one. The text is accompanied by an English translation made by Dr Osley. This is followed by his translation of Walter Ghim's contemporary biography of Mercator, the Vita Mercatoris, which is both a primary source for the geographer's life and an affectionate portrait of a gentle and lovable humanist. These are the first translations of these works to be printed in English. There are 60 pages of illustrations, the majority not hitherto shown, and the book concludes with a census of the editions of Mercator's treatise. Mr R. A. Skelton, FSA, a former Superintendent of the Map Room at the British Museum, has contributed a Foreword.