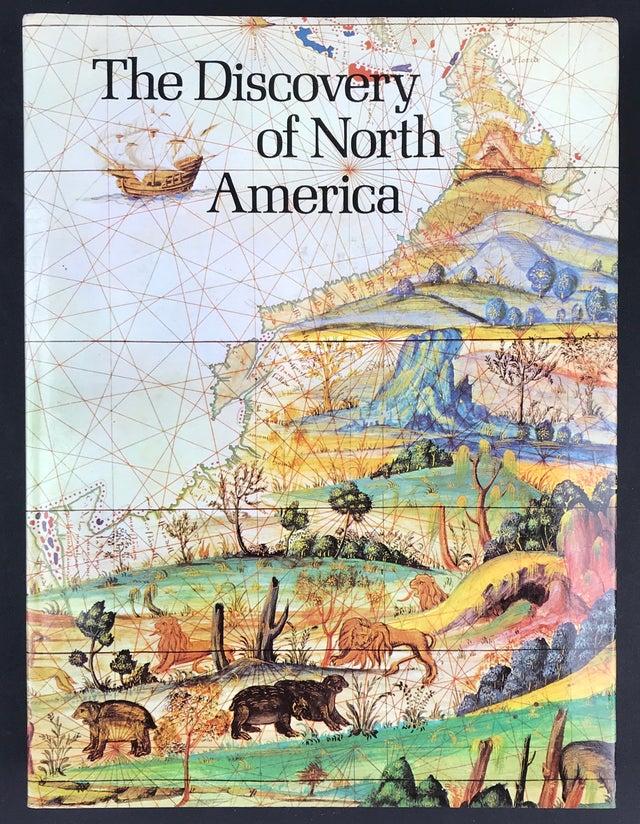 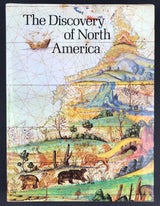 The Discovery of North America

The Discovery of North America

This volume presents the discovery and exploration of the North American continent, from the earliest references down to the first permanent settlements, as described by the explorers themselves and delineated by contemporary Europeans. The vivid narratives of those who first sailed along its coasts, penetrated the unknown interior with its primeval forests, wide rivers, and hostile inhabitants, man and beast, are richly supplemented by the drawings of the explorers and by the conceptions of the land which they brought back to European mapmakers and artists. The geographical misconceptions of the discoverers, strange and absurd as they seem to us now, were exciting, stimulating, and often disastrous to the adventurers who came to seek wealth or freedom or glory in the new land.

The illustrations are taken from rare contemporary records, manuscript and engraved maps, and original paintings of the period. Each section of the volume has an introductory historical essay which binds together the original narratives and the accompanying illustrations: the possible pre-Columbian explorations, the emerging knowledge of the east coast from Cabot to Cartier, the Spanish penetration of the southern interior and discoveries along the west coast, the sixteenth-century attempts at colonisation, the search for a North-west Passage, and the beginnings of permanent settlement in the early seventeenth century.

Among the early explorers, some were officially appointed to make discoveries : John Cabot, who held a patent for his first voyage from Henry Vl of England, was one. Others, like Francis Drake on his voyage of 1578-9, were engaged in the opening up of trade, although exploration and plunder were subsidiary activities. The epic wanderings of the Spanish into the interior were stimulated by the lure of supposed immense riches, like those already plundered from South America. The narratives of these amazingly tenacious explorers, such as de Soto and Coronado, are in sharp contrast to those written by the men who came to colonise and settle. At Fort Caroline, the French colony under Laudonnière included the artist Le Moyne, and the many engravings of his paintings, reproduced with his own comments, provide a lively picture of Indian life and customs. From the English settlement of 1585 in Virginia come the paintings of John White and the accompanying notes of Thomas Harriot, settler, mathematician and scientist. But the hope of finding a shorter route to Cathay and the Spice Islands was so persistent that men like Frobisher and Davis made several voyages to the far north in search of a North-west Passage, and Henry Hudson died in that search.

The book is an Anglo-American partnership; the authors are authorities in their fields. Professor W.P. Cumming is the author of The Southeast in early maps and numerous other books and articles on colonial American history and cartography: as Guggenheim Fellow, he spent a year in European libraries and archives searching for and examining documents and maps relating to the colonial period of North America. The late Dr R.A. Skelton, former superintendent of the British Museum Map Room, long honorary secretary of the Hakluyt Society, editor of Imago Mundi, was the author of Explorers' Maps, The Vinland Map, and other works. His sudden death occurred within a week of his final examination of the proofs of this work, and it ended a career which established his pre-eminence throughout the world in the history of exploration

and cartography. Professor D.B. Quinn, Andrew Geddes and John Rankin Professor of Modern History at Liverpool University, is an authority on the history of discovery and has written

numerous books and articles, including Sir Humphrey Gilbert and The Roanoke Voyages for the Hakluyt Society.