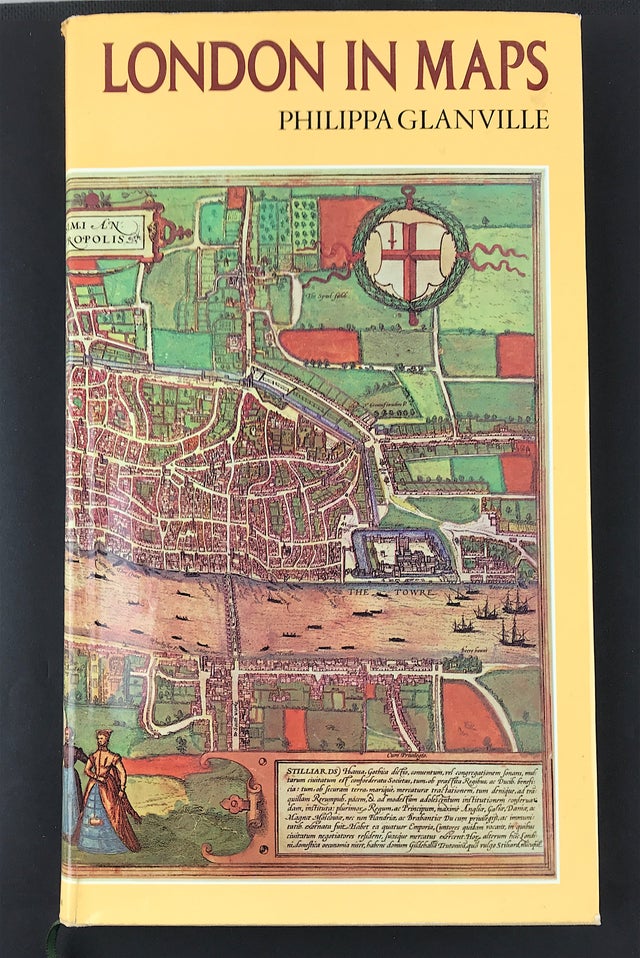 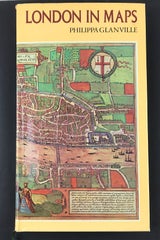 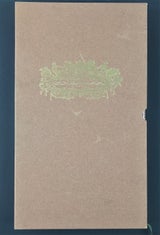 London in Maps by Philippa Glanville

Reproductions of nearly seventy contemporary maps, over a third of them in colour, illustrate dramatically the evolving topography of London since Roman times.

Social change and political history, the limitations imposed by geography, the influence of climate and prevailing winds-all these are reflected in the present-day face of the capital. The Thames acted as the original highway and for a time the city walls restricted growth. Then they were breached and Overrun-the surge westwards being given impetus by the Great Fire. Later speculators and developers built the squares that begin to dominate the eighteenth-century maps. First the canals and new wide roads, then railways and trams, next Tube lines, and now motorways have contributed to the dismemberment of London, both uniting and absorbing the surrounding villages and creating the Greater London seen in today's maps.

The superb reproductions of both manuscript and printed maps, many of them hand-coloured, show all these facets of London's life in a fascinating way; they are explained and supplemented by Philippa Glanville's authoritative text, making a book that is both decorative and instructive.

Philippa Glanville is an Assistant Keeper at the London Museum, with a special interest in topography, and she describes vividly the eventful history of London's growth and development, as well as explaining, with numerous illustrations, the achievements of the great map-makers, such as Ogilby, Rocque, Morgan and Stanford.

The map reproduced on the jacket is a hand-coloured copy of the 1574 edition of the map Londinum Feracissimi Angliae Regni Metropolis published in the atlas Civitates Orbis Terrarum by G. Braun & F. Hogenberg, 1572.