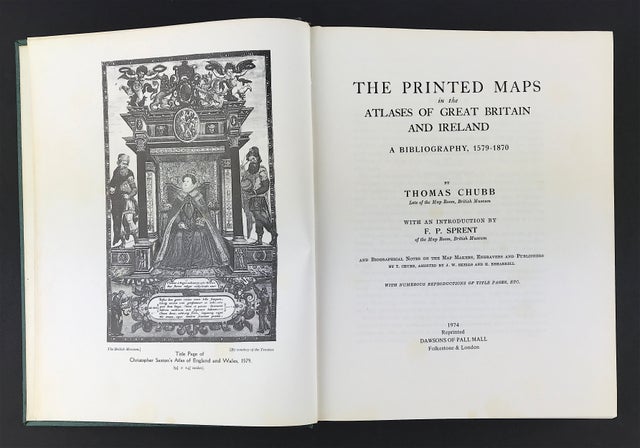 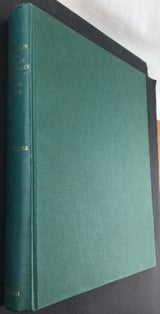 The Printed Maps in the Atlases of Great Britain

The Printed Maps in the Atlases of Great Britain and Ireland

This work is believed to be the first attempt at a comprehensive description of the atlases of Great Britain and Ireland. Richard Gough, in his British Topography published in 1780, certainly mentions the maps and atlases known to him, but does not furnish any description of their contents. The study of British cartography was quite neglected until Sir H. G. Fordham (whose valuable works have been of great assistance to me) published, in 1907, his Hertfordshire Maps, a Descriptive Catalogue of the Maps of the County, 1579-1900, followed, in 1908, by Cambridge shire Maps.

The need for recording, in convenient form, the mass of information available with regard to county maps was made plain by the interest displayed by students on the publication of these pioneer works. Others were encouraged to extend the scope, so that in addition to the counties mentioned, the maps of Cheshire, Gloucester, Lancashire, Norfolk (not yet published), Somerset, Stafford, Westmorland, Wiltshire and East Yorkshire have now been catalogued. An attempt has been made in the present volume to provide further aid to the student in a more comprehensive form.

The arrangement is chronological, the various editions or reprints being placed immediately after the first issue. Any addition to, or change in, the later issues is noted. Cross references to the editions or reprints are given under the date of publication, with a reference to the number they bear. Any collection of county maps illustrating other works, e.g. Camden's Britannia, or issued in magazines, although not strictly in atlas form, is included and treated as an atlas.

Every effort has been made to render the bibliography complete, but it is to be expected that some works may have escaped notice, for unrecorded atlases, or editions, are often discovered as the various collections in country houses are from time to time dispersed.

I am greatly indebted to Mr. F. P. Sprent for his introductory survey of British Cartography, and his generous assistance during pubication; also to Mr. J. W. Skells and Mr. H. Beharrell, my former colleagues in the Map Room, British Museum for their help readily given in the compilation of the biographical notes. These notes, although by no means exhaustive, have entailed a considerable amount of research,and a large amount of information has been brought to light for the first time. I am also indebted to Mr. George Goode, of the Cambridge University Library, for placing at my disposal the fine collection of atlases under his charge, a collection which has been mainly formed during his long term of service in that institution.

It is hoped that the present work will enable collectors to identify any stray maps that may have been abstracted from the atlases in which they were issued.

My publishers, The Homeland Association, Ltd., have gallantly taken the risk of publication, and I feel that they, in company with the printers, Messrs. Barnicott and Pearce, of The Wessex Press, Taunton, are to be congratulated on the manner in which they have carried through a lengthy and tedious undertaking.