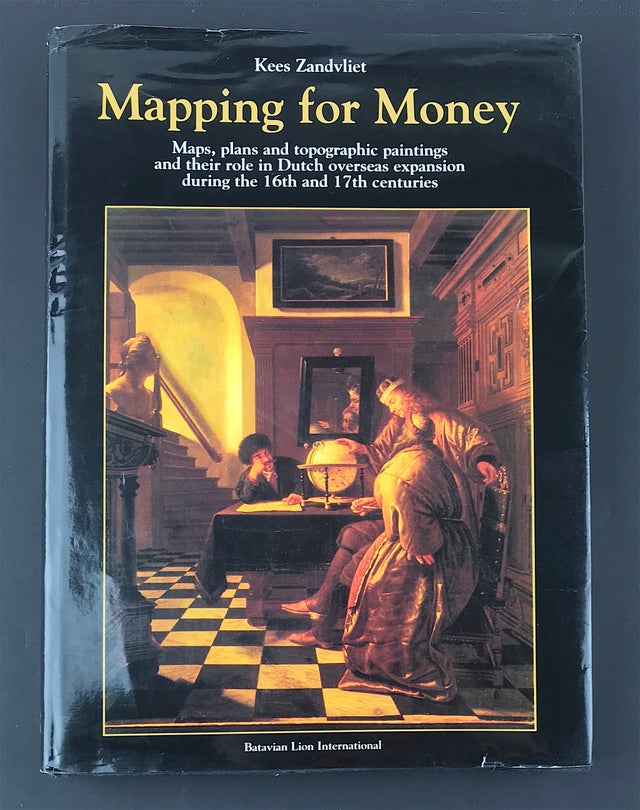 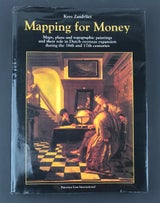 Mapping for Money by Zandvliet - Sold

Mapping for Money - Maps plans and topographical paintings and their role in Dutch overseas expansion during the 16th and 17th centuries.

Introduction: In 1619, 17 years after it was founded in 1602, the Dutch East India Company (Verenigde Oostindische Compagnie, VOC) was granted a privilege from the States General relating to maps. This privilege stipulated that in order to disseminate information about the Company's chartered area, whether in printed form or otherwise, the express permission of the Company's Board of Directors, the so-called Heren XVII, was required.

The Directors emphasised the significance of geographical information in their request for this privilege, writing that VOC servants were instructed to collect such knowledge on a daily basis. These servants mapped seas, straits, and coastlines and wrote treatises about the areas in which the VOC traded. The documents they produced were used by specialised VOC servants to prepare general maps and instructions. By that time an official mapmaker, and his assistants, worked in Amsterdam to update and correct the VOC's maps.

The 1619 privilege shows the VOC's concern for maps, one that was also shown by its Atlantic counterpart, the West India Company (Westindische Compagnie,WIC). Shortly after its foundation in 1621, the WIC bought all the maps from the estate of the deceased 'founding father' of Dutch overseas cartography, Petrus Plancius.

During the years of the chartered companies, between 1602 and 1795, hundreds of mapmakers produced topographic maps and building plans relating to the Dutch overseas territories, as well as charts for the navigation to and from these territories. Some of the mapmakers had the Dutch Republic as their home base, but most worked in the territories overseas.

This study aims at an analysis of the role of maps and mapmakers during the first century of Dutch overseas expansion in the context of the Companies. The framework for this study is an institutional one, attempting to bring together and analyse the vital resolutions and decisions concerning mapping and mapmakers. As such, it does not aim primarily at a description of the most important maps or mapmakers, nor at an analysis of printed maps of the Dutch overseas territories produced by mapmakers working outside the sphere of the Companies. Within an institutional framework, the attention is focused on the role played by the different creators of cartographic and related documents: chart makers, land surveyors, military engineers, architects and artists. With this approach it is hoped to gain an insight into the role of maps and their makers within and, to some extent, outside the companies - for navigation, defense, administration, settlement, and the diffusion of geographical information - and to look at how maps and topographic paintings were images of power and artifacts commemorating events of the time.