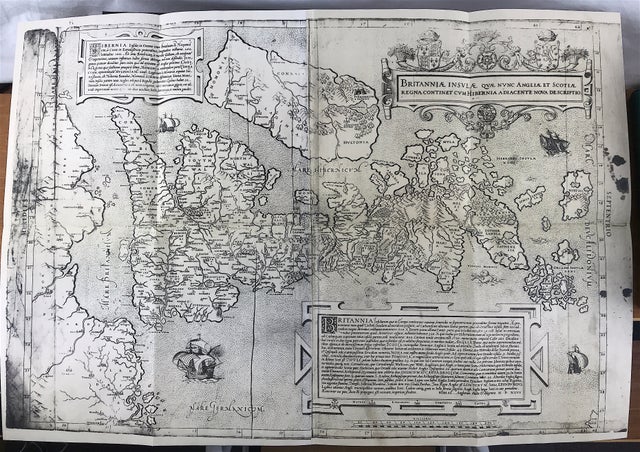 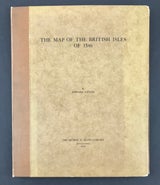 Introduction: The present map is an historic document, for it was the first map ever engraved of the British Isles apart from those published in editions of Ptolemy's Geographia. These can hardly be compared with it, since they were little more than diagrams, devoid of topographical detail or modern information, and found in early manuscript copies of Ptolemy's work. The scholars of the fifteenth and early sixteenth centuries refused, however, for a long time to discard them owing to Ptolemy's high reputation as a scientific geographer and to the general ignorance of cartography. A modern map of the British Isles which Sebastian Münster published in his edition of the Geographia in 1540 was a great improvement upon them but was much inferior to the present work.

Although the map of 1546 is a landmark in the history of English cartography, the identity of its author and the circumstances of its publication are still very obscure. It is attributed, tentatively, to George Lily on account of the letters GLA, supposed to stand for "Georgius Lilius Anglus", which appear on a scroll above three lilies at the bottom of the cartouche. Lily was a son of William Lily, the famous grammarian. Leaving Oxford without...