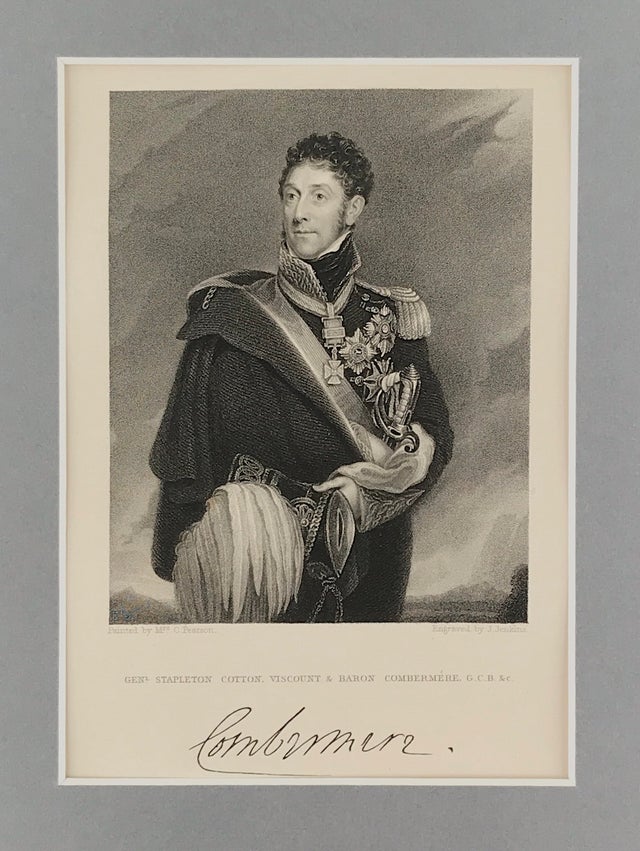 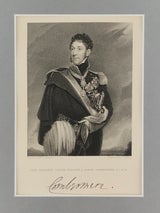 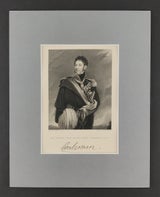 Field Marshal Stapleton Cotton, 1st Viscount Combermere GCB GCH KSI PC (14 November 1773–21 February 1865), was a British Army officer, diplomat and politician. As a junior officer he took part in the Flanders Campaign, in the Fourth Anglo-Mysore War and in the suppression of Robert Emmet's insurrection in 1803. He commanded a cavalry brigade in Sir Arthur Wellesley's Army before being given overall command of the cavalry in the latter stages of the Peninsular War. He went on to be Commander-in-Chief, Ireland and then Commander-in-Chief, India. In the latter role he stormed Bharatpur—a fort which previously had been deemed impregnable.