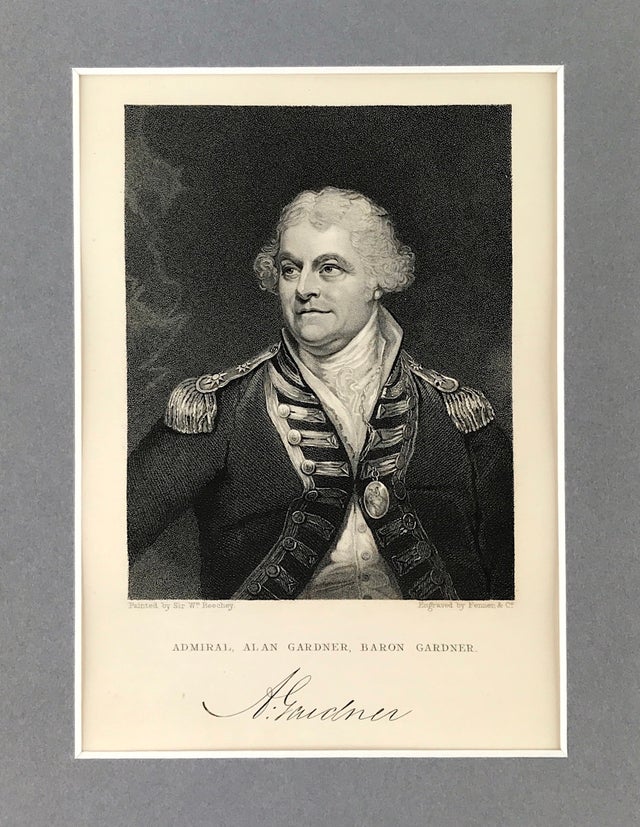 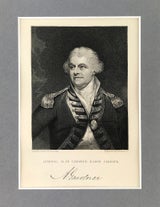 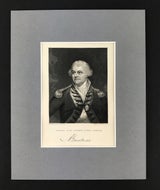 Admiral Alan Gardner, 1st Baron Gardner (12 February 1742–1 January 1809), was a British Royal Navy officer and peer of the realm. He was regarded by some as one of the Georgian era's most dashing frigate captains and, ultimately, a respected senior admiral.

Gardner joined the Royal Navy in 1755. Promoted to captain in 1766, his first command was the fireship HMS Raven. He commanded a number of frigates before being promoted to a ship of the line. In 1782 he commanded the 98-gun HMS Duke at the Battle of the Saintes, and in 1786 as commodore of the Jamaica Station (consisting of HMS Europa and HMS Experiment), he suppressed smuggling in the Gulf of Mexico and ordered detailed hydrographic surveys of Caribbean locations of interest to the Navy. During this time, he commanded and probably mentored future famous officers such as George Vancouver, Peter Puget and Joseph Whidbey.