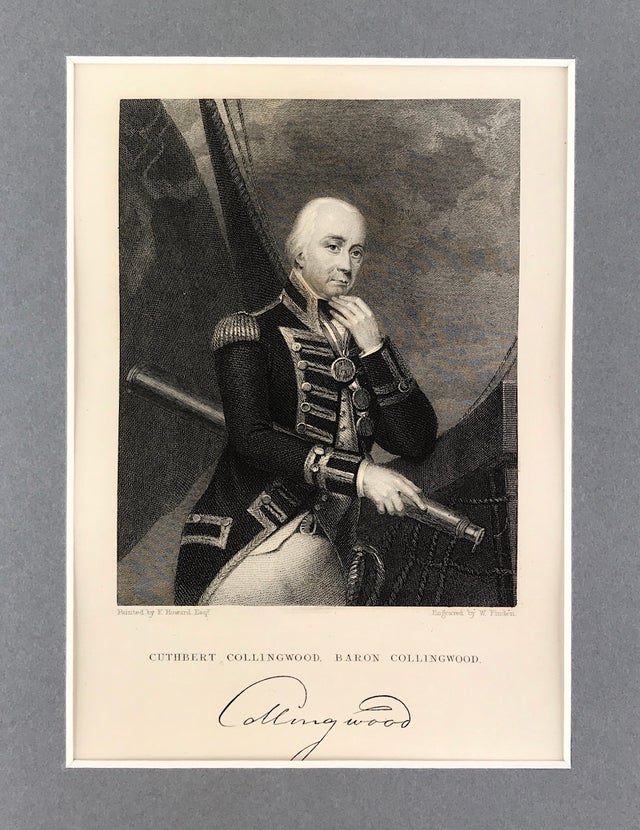 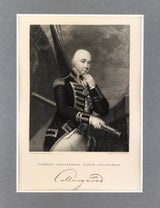 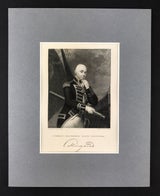 Vice Admiral Cuthbert Collingwood, 1st Baron Collingwood (26 September 1748–7 March 1810) was an admiral of the Royal Navy, notable as a partner with Lord Nelson in several of the British victories of the Napoleonic Wars, and frequently as Nelson's successor in commands.

In 1777, Collingwood first met Horatio Nelson when both served on the frigate HMS Lowestoffe. Two years later, Collingwood succeeded Nelson as Commander (20 June 1779) of the brig HMS Badger, and the next year he again succeeded Nelson as Post-Captain (22 March 1780) of HMS Hinchinbrook, a small frigate. Nelson had been the leader of a failed expedition to cross Central America from the Atlantic Ocean to the Pacific Ocean by navigating boats along the San Juan River, Lake Nicaragua and Lake Leon. Nelson was debilitated by disease and had to recover before being promoted to a larger vessel, and Collingwood succeeded him in command of the Hinchinbrook and brought the remainder of the expedition back to Jamaica.