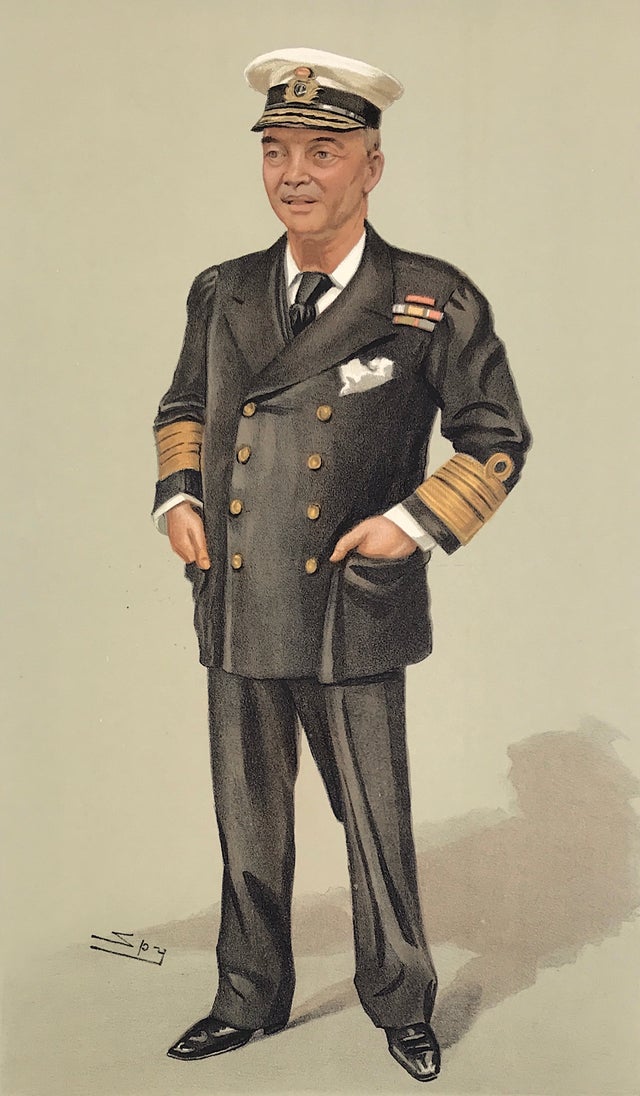 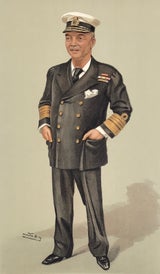 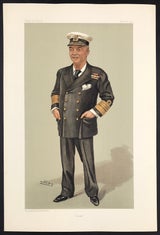 John Arbuthnot Fisher, 1st Baron Fisher, GCB, OM, GCVO (25 January 1841 – 10 July 1920), commonly known as Jacky or Jackie Fisher, was a British Admiral of the Fleet known for his efforts at naval reform. He had a huge influence on the Royal Navy in a career spanning more than 60 years, starting in a navy of wooden sailing ships armed with muzzle-loading cannon and ending in one of steel-hulled battlecruisers, submarines and the first aircraft carriers. The argumentative, energetic, reform-minded Fisher is often considered the second most important figure in British naval history, after Lord Nelson.

Vanity Fair magazine was published weekly from 1868 to 1914 to humorously expose the vanities of Victorian society. One of its most popular features were the caricature drawings of famous figures from politics, high society, the arts and sport. The artist, Leslie Ward, signed all his pictures 'Spy', and his coloured lithographs have become very collectable.