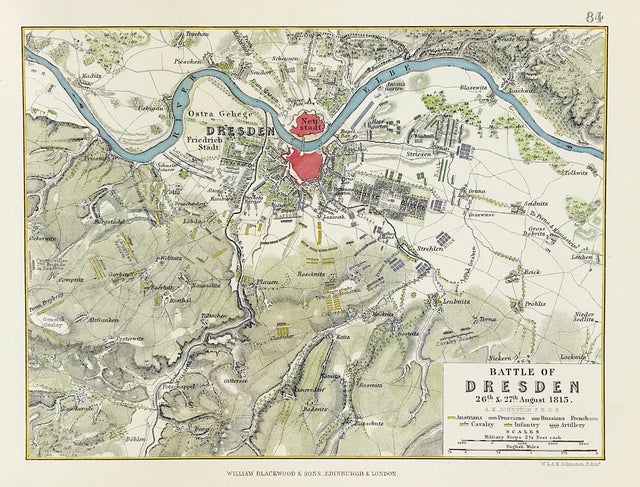 The Battle of Dresden (26–27 August 1813) was a major engagement of the Napoleonic Wars. The battle took place around the city of Dresden in modern-day Germany. With the recent addition of Austria, the Sixth Coalition felt emboldened in their quest to expel the French from Central Europe. Despite being heavily outnumbered, French forces under Napoleon scored a victory against the Army of Bohemia led by Field Marshal Karl von Schwarzenberg. However, Napoleon's victory did not lead to the collapse of the coalition, and the weather and the uncommitted Russian reserves who formed an effective rear-guard precluded a major pursuit. Three days after the battle, the Allies surrounded and destroyed a French corps advancing into their line of withdrawal at the Battle of Kulm.