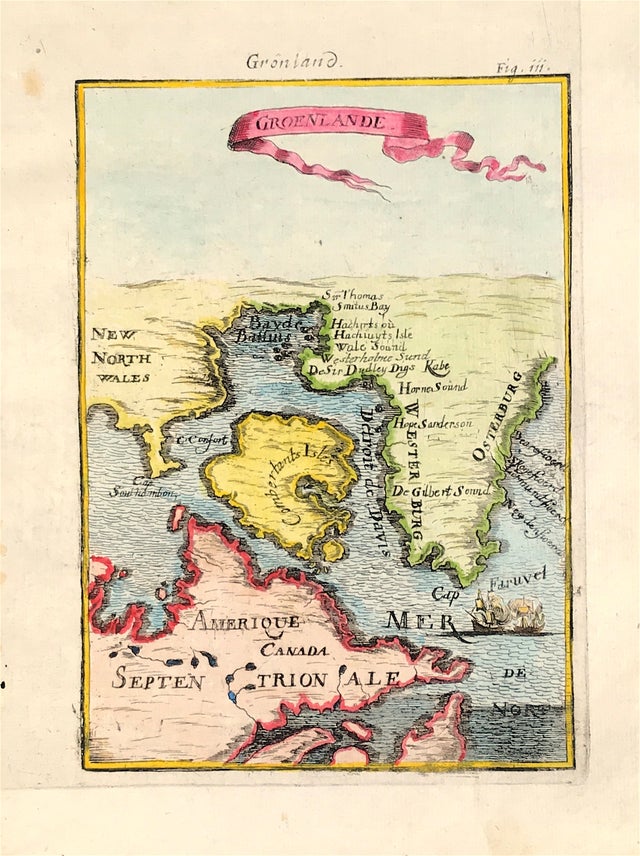 "Groenland" by Alain Manesson Mallet c1683 Greenland, Baffin Bay & Islands, North East Canada, America Coast from Description de L'Univers'. Alain Manesson Mallet was a French cartographer and engineer. He started his career as a soldier in the army of Louis XIV, became a Sergeant-Major in the artillery and an Inspector of Fortifications. He also served under the King of Portugal, before returning to France, and his appointment to the court of Louis XIV.

Notes: This from Volume 1 of the French text edition published by Johann David Zunner 1684. The plates engraved for Zunner are close copies of the originals and still have French titles and names. A few are signed by there engravers: J.P. Aubrey, Johann J. Vogel and W.C. Daucher.