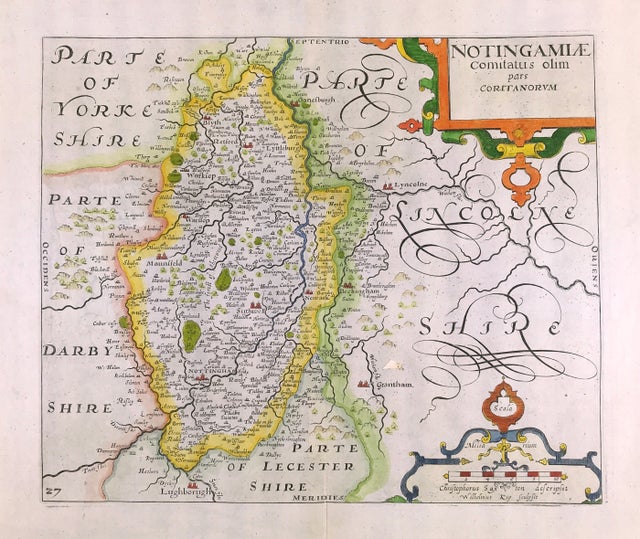 County Map Nottinghamshire c1610 by C Saxton & W. Kip. In 1579, in the first atlas of counties of England and Wales, Christopher Saxton's maps frequently showed counties together as geographical regions rather than as independent entities. However, when maps were commissioned for the 1607 edition of William Camden's historical guide to the country, "Britannia", the engravers, William Hole and William Kip, though copying Saxton's detail, in the main, depicted each county in a separate engraving. Camden's "Britannia" with maps by Kip and Hole appeared in three editions of 1607, 1610, as here, and 1637.