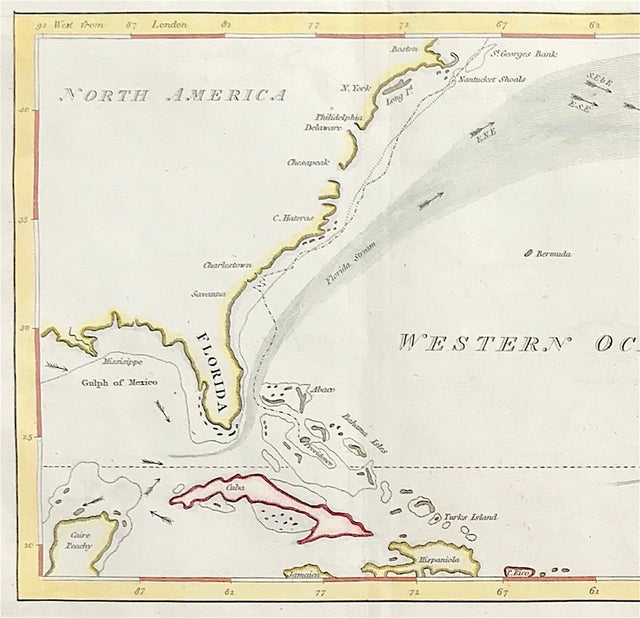 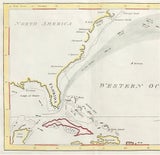 Three vertical folds as published, blank to verso, some light staining to top edge of sheet.

Scarce map of a portion of the North Atlantic, showing an early conception of the Gulf Stream, from Florida to Capo Blanco. Extends from the Caribbean, up the east coast, below the Grand Banks, the Western Islands and the Canary Islands, with arrows illustrating the directional flow of the water. From the Naval Chronicle.

The Naval Chronicle was a monthly magazine published in London between 1799 and 1818. Each issue featured a treasure trove of reports of naval battles; news of promotions, retirements and deaths; naval biographies; and more general news of significance to the naval establishment. First published by John Bunney and Joyce Gold, Gold later took over as sole publisher, with an imprint placing him at 103 Shoe Lane, Fleet Street.