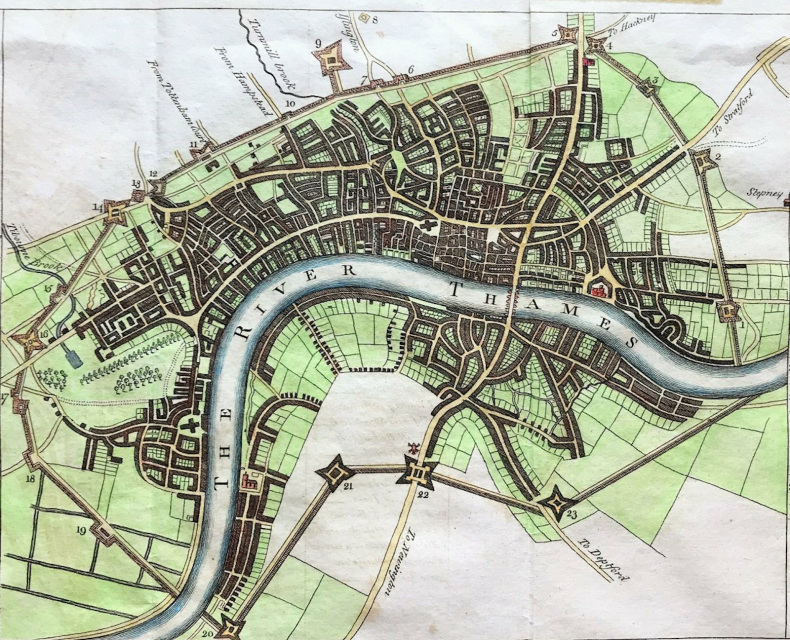 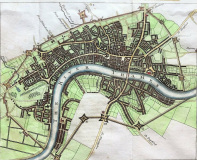 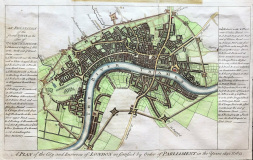 Engraved for "A New and Universal History, Description, and Survey Of The Cities Of London and Westminster, The Borough of Southwark, And Their Adjacent Parts. Including not only all the Parishes within the Bills of Mortality but the Towns, Villages, Palaces, Seats, and Country, to the extent of Twenty Miles round, Comprising A Circle Of Near One Hundred And Fifty Miles" By Walter Harrison, Esq. 1775.

Notes: The map shows and a numbered key describes the fortifications put in place (and perhaps made of wood) to defend London from the Royalist forces in the Civil War. With no such attack forthcoming, they were demolished in 1647. Recent excavations in the grounds of Buckingham Place, through which the walls appear to go, failed to reveal any trace. Adams, London Illustrated, 61(21)