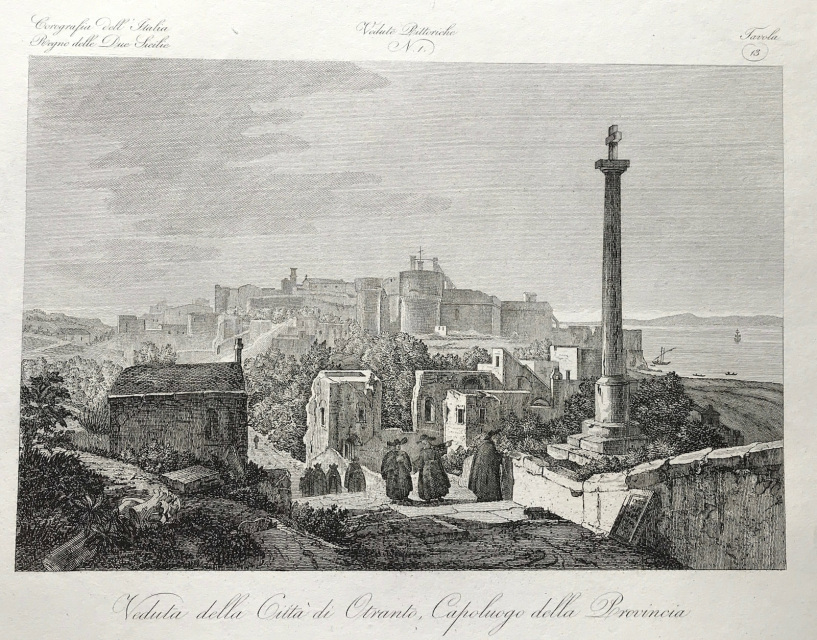 Notes: Giuseppe Orlandini, changed to Attilio Zuccagni-Orlandini (Fiesole, 1784 - Florence, 1872), was an Italian cartographer and geographer. Registered at the registry office as Giuseppe Orlandini, he changed his identity to Attilio Zuccagni-Orlandini, in memory of his maternal uncle the botanist Attilio Zuccagni, of which he became heir. Abruzzo is an Italian region, east of Rome, with an Adriatic coastline and the Apennine Mountains. National parks and nature reserves cover much of its rugged interior. It also encompasses hilltop towns, dating to the medieval and Renaissance periods