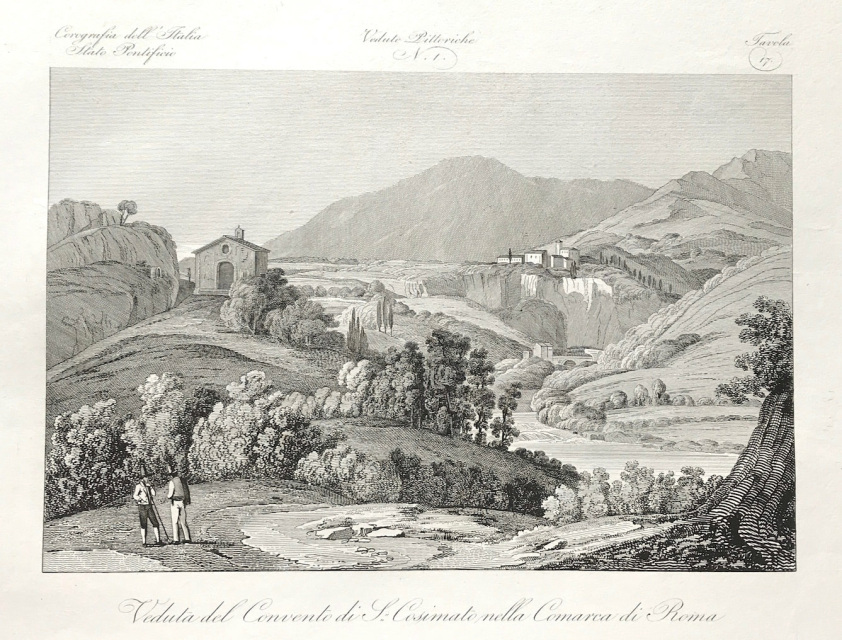 Notes: Giuseppe Orlandini, changed to Attilio Zuccagni-Orlandini (Fiesole, 1784 - Florence, 1872), was an Italian cartographer and geographer. Registered at the registry office as Giuseppe Orlandini, he changed his identity to Attilio Zuccagni-Orlandini, in memory of his maternal uncle the botanist Attilio Zuccagni, of which he became heir. The church of San Cosimato is a church located in the city of Rome, Italy. It was originally built in the 10th century in the Trastevere rione and now includes the hospital known as "Nuovo Regina Margherita." Originally, it was built as a Benedictine monastery dedicated to Saints Cosmas and Damian, from whom it derives its name, and it carried the added designation of in mica aurea (?in the golden sand?) due to the presence of fluvial sand of yellowish color.