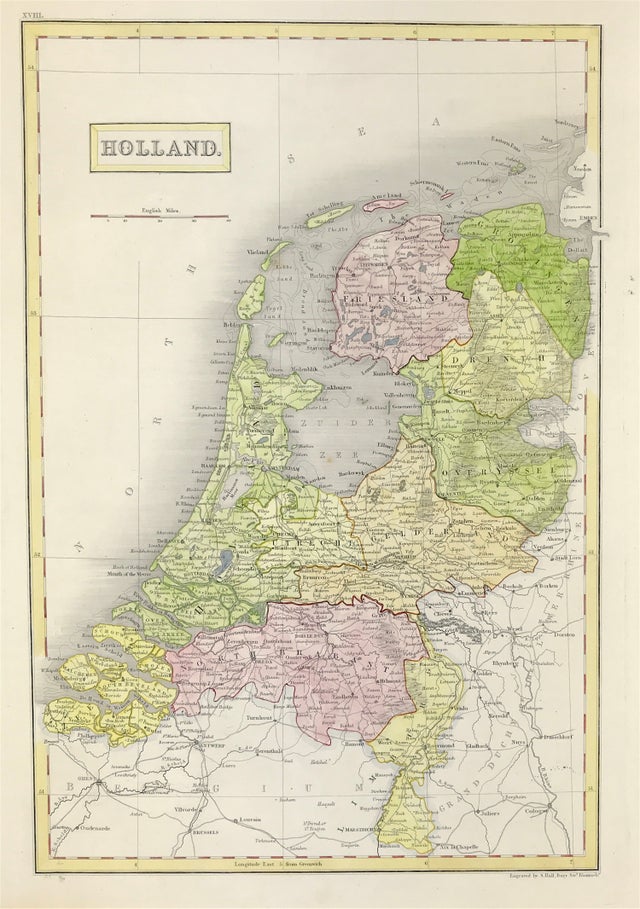 Published: Blacks General Atlas. A Series Of Fifty-Four Maps From The Latest And Most Authentic Sources. Engraved On Steel, In The First Style Of The Art, By Sydney Hall. Edinburgh: Adam And Charles Black.

The Netherlands, a country in northwestern Europe, is known for a flat landscape of canals, tulip fields, windmills and cycling routes. Amsterdam, the capital, is home to the Rijksmuseum, Van Gogh Museum and the house where Jewish diarist Anne Frank hid during WWII. Canalside mansions and a trove of works from artists including Rembrandt and Vermeer remain from the city's 17th-century "Golden Age."

Sidney Hall was a British engraver and cartographer well known and popular for his early nineteenth century atlases containing maps of the United Kingdom and of the ancient world reproduced from Hall's engravings. Hall made engravings for a number of international atlases at a time when cartography and atlases were very popular. Hall engraved maps for William Faden, Aaron Arrowsmith, and Chapman & Hall, among many others.